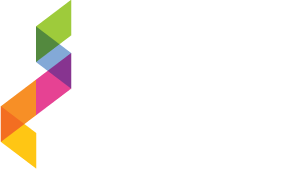 This blog post is going to be a little exercise in patience. Here’s why: I came across the coolest video last week – it’s going viral so you might have seen it — but I am guessing you didn’t garner the same lessons that I did.

I can’t help it: I see leadership takeaways around me every day, but I’ll admit even I was blown away by the profound leadership lessons I garnered from a five-year-old ninja warrior.

So, take a quick read and then watch the video – I know! You’re bursting to click the link but you’ll get so much more out of it if you read this first. Ok, wait…reset. Watch the video, read this, then watch it again. I’ll wait…

I bet most people watching this clip think it’s about Lylah, an awesome five-year-old overflowing with spunk, passion and grit. But for me it was about the dad and the way he was leading. Let’s take a quick look at four attributes that you can apply today to create that superhero in your midst.

Sometimes as leaders we try to make the course too easy. But instead, this dad gave her the tools she needed to run with it, even though it was challenging. Check out the step boards she’s using so she doesn’t slip off the roof. She had the tools she needed to keep from falling, but was using them in a way that worked for her. The dad wasn’t offering a prescription by telling her how to scramble over the obstacles; he was building them and letting her figure it out.

Clearly this was not Lylah’s first go at this. However, because of the can-do culture around her, you can be sure she took her failures – which had to be numerous – and used them to add to her arsenal of skills that would allow her to eventually complete the course. She knew that failure was part of the process, so she just started again.

Imagine if that was how we viewed our employees’ minor setbacks, as though they were just a step closer to success. And for the dad’s part, he knew she could do it. Any parent watching this is going “Seriously?! His spouse let him do this?” as this tyke traipses across a roof. But the dad was convinced that the benefit of failure would far outweigh the negative – and was able to convince those around him as well.

You know that despite the chipper commentary, that dad is anxiously watching his child, whom he sooooo wants to succeed. In fact, as she wrestles with that swinging obstacle (definitely the hardest part, I would say!), you actually see her father edge closer. You can feel how he is fighting his urge to help, knowing that she will learn so much more from struggling through, and how that will make it easier the next time.

I’d say that’s exactly how we feel with our employees when there is such a powerful urge to intervene. But how often do we take the wheel away from someone under the guise of helping them avoid failure, even though what we’re actually doing is depriving them of their chance to learn through trial and error? You have to give your people the wheel so they can learn their way through.

4. Let them build the “courage muscle.”

And this is what turning over the wheel leads to — a sense of pride when you do it yourself. Case in point: Lylah’s beaming face at the end of the video. She knows she has rocked that course. Employers can nurture that same feeling of accomplishment when they encourage their people to offer their best to a project.  The personal pride in overcoming the struggle is hugely important to building engagement.

I have no doubt Lylah will continue to try harder and harder courses (Sorry, dad!). And that’s exactly what we want from our employees – a sense of determination that will lead them to innovate in a new marketplace or take smart risks more quickly than ever before.

When we allow our teams to build their courage muscle, we’ll end up with a posse of ninja warriors.

OK! Lesson over! Click on over to the video and enjoy it through a new lens.

Next4 Ways Productive Leaders Own Their DayNext 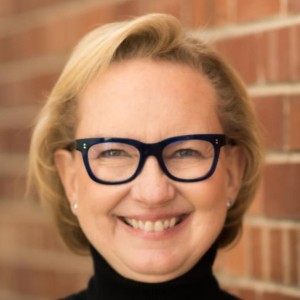 Cindy Solomon is an internationally recognized speaker, consultant, and author who has traveled the world sharing her provocative and hilarious insights on business, customer service, and courage. Cindy’s client list includes a who’s who of corporate and entrepreneurial America such as Walmart, the Mayo Clinic, Raytheon, Alaska Airlines, KeyBank, Oracle, and Google. Cindy’s two best selling books, The Rules of Woo: An Entrepreneur's Guide to Capturing the Hearts and Minds of Today’s Customers and Creating a Culture of Courage are available at www.amazon.com. 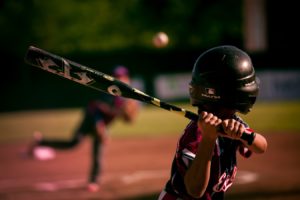 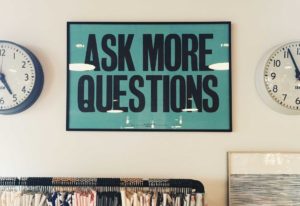 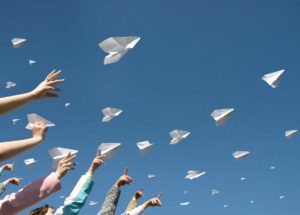 3 Ways to Build Your Courage (and Change The World)

Cindy Solomon is an internationally recognized speaker, consultant, and author who has traveled the world sharing her provocative and hilarious insights on business, customer service, and courage. Cindy’s client list includes a who’s who of corporate and entrepreneurial America such as Walmart, the Mayo Clinic, Raytheon, Alaska Airlines, KeyBank, Oracle, and Google. Cindy’s two best selling books, The Rules of Woo: An Entrepreneur's Guide to Capturing the Hearts and Minds of Today’s Customers and Creating a Culture of Courage are available at www.amazon.com.

As both a recovering corporate executive and a successful entrepreneur, I’ve seen my fair share of great leaders and, I’ll level with you, some pretty horrible ones. And we’re seeing examples of both right now in the reactions to COVID-19. When you think about it, we’ve all spent most of our careers noting (whether consciously or unconsciously) those leaders that are hitting it out of the park… and those who should be kicked OUT of the park.

Before you mark 2019 in the books, now is the ideal time to reflect on the year and how 2020 can be even better.

3 Ways to Build Your Courage (and Change The World)

After over 20 years’ traveling the world researching, talking about and helping organizations build courage, you would think there was nothing that could phase me. I’ve answered thousands of questions about courage, and helped thousands of business leaders overcome doubts about their ability to act and lead courageously. I am passionate about courage as a

The 3 Secrets to “Wow!”-Worthy Customer Service

Every time I fly JetBlue Mint, I’m reminded that great service is possible, even in an industry as hated-on as the airlines. Today I’m on a flight from San Francisco to NYC and enjoying every minute of it. When was the last time you said that about a flight? JetBlue’s experiment with its new Mint level 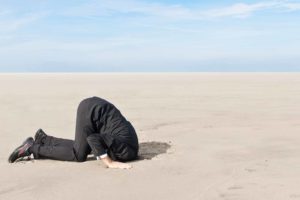 Hacks to Get a Grip on Yourself During Disruption

Ever wonder how to keep your head when everyone around you is losing theirs? You’re not alone. Regardless of industry, position or role… nothing’s getting easier.   Customer expectations are growing exponentially, and social media allows a single complaint to burn a brand in a matter of minutes. On top of that, our workplaces are 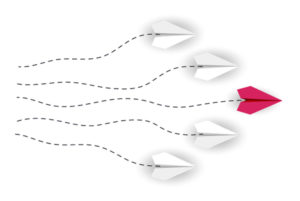 82 minutes… This is how long I waited for a customer service rep at Virgin America when my flight was canceled. If you know me at all, you’re waiting for me to rant about how unacceptable this wait was, and bellow about how Virgin America took their eye off the ball. Or to insist that